Read the minds of your teammates and guess where the bullseye is based on clues. The closer to the centre of the bullseye the team gets, the more points they will score!

Wavelength is a social guessing game where 2-12 players aged 14 years or over will separate into two teams and compete to try and read their teammates minds.

Teams will take it in turn to rotate the dial and guess where there target is. Only one player from each team will know the exact location and will give out clues using opposing concepts!

In games of Wavelength, two teams will take it in turns to rotate the dial to where they think a bullseye may be located on a spectrum. One player on each team will take on the role of the psychic who will know where the bullseye is. They will draw a card that has a pair of binaries on it, for example Job – Career and Sad Song – Happy Song. The Psychic will then provide a clue as to roughly where the bullseye is located using those two binaries.

After the clue has been given the team will discuss where they think the bullseye may be located and turns the dial accordingly. The closer to the centre the team manages to guess, the more points will they score!

Find the full list of game components for Wavelength below:

Be the first to review “Wavelength” Cancel reply 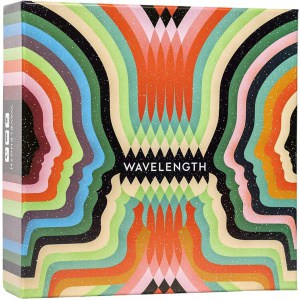 You're viewing: Wavelength £23.70
Add to basket
We use cookies on our website to give you the most relevant experience by remembering your preferences and repeat visits. By clicking “Accept”, you consent to the use of ALL the cookies.
Cookie settingsACCEPT
Manage consent