At the outset of the Soul Wars, Nagash’s cataclysmic Necroquake flooded the Mortal Realms with the powers of the aether. Incantations summoned forth new conjurations of unprecedented power and frightful sentience, though these endless spells were often treacherous, as likely to turn upon their caster as they were to devastate the enemy.

Endless spells are arcane abominations that can be summoned to the battlefield by your Wizards. Those found in Forbidden Power channel the deathly magic of Shyish to terrify and manipulate the life force of mortals and immortal alike – or even carry troops into battle aboard a spectral boat!

This set includes the following 4 endless spells, comprising 6 miniatures, each supplied with their own base:

Rules for these miniatures can be found in the General’s Handbook 2021. 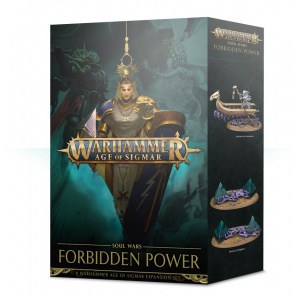 You're viewing: Soul Wars: Forbidden Power £42.00
Add to basket
We use cookies on our website to give you the most relevant experience by remembering your preferences and repeat visits. By clicking “Accept”, you consent to the use of ALL the cookies.
Cookie settingsACCEPT
Manage consent