One Night Ultimate Werewolf is a bluffing card game that includes a variety of roles. Be careful with your actions as only one team can win this fast-paced game!

Throughout the two phases of night and day players will have to try and figure out who is on each team. Villagers will win the game by successfully slaying a werewolf. However, if the werewolf avoids capture their team wins instead!

Be the first to review “One Night Ultimate Werewolf” Cancel reply 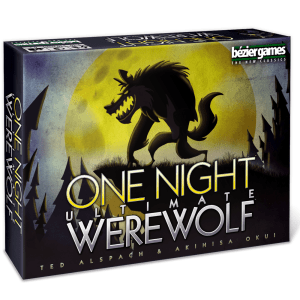 You're viewing: One Night Ultimate Werewolf £18.00
Add to basket
We use cookies on our website to give you the most relevant experience by remembering your preferences and repeat visits. By clicking “Accept”, you consent to the use of ALL the cookies.
Cookie settingsACCEPT
Manage consent