Armies of The Hobbit: Middle-earth Strategy Game is an expansion that enables you to be in control of your favourite scenes from The Hobbit. Including army lists, profile, factions, narrative play scenarios and more!

Armies of The Hobbit is an expansion for the original Middle-earth Strategy Battle Game that includes profiles and army lists. Recreate iconic scenes from the Hobbit using this 160-page hardback that contains all the information you need to begin!

Armies of the Hobbit Contents

Find the contents of the Armies of the Hobbit 160-page hardback book below:

Be the first to review “Armies of The Hobbit: Middle-earth Strategy Battle Game” Cancel reply 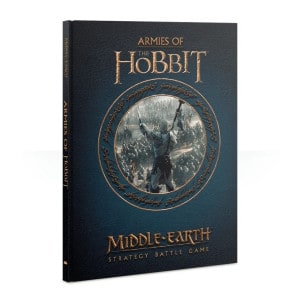 You're viewing: Armies of The Hobbit: Middle-earth Strategy Battle Game £23.00
Add to basket
We use cookies on our website to give you the most relevant experience by remembering your preferences and repeat visits. By clicking “Accept”, you consent to the use of ALL the cookies.
Cookie settingsACCEPT
Manage consent