Mage Knight Ultimate Edition is an adventure game where 1-5 players aged 14 years or over will command armies and conquer the fantasy land.

Players have the choice of competitive, cooperative and solo gameplay. This means players can either win the game individually or as a group.

Combine elements of both deck-building and traditional board games as players are put in control of powerful Mage Knights. Explore and conquer a corner of the universe controlled by the Atlantean Empire!

Players will build armies, fill their card decks, explore dungeons and conquer powerful cities. For competitive scenarios players may be allies, but only one player will claim the land. In cooperative scenarios, players win or lose the game as a group. 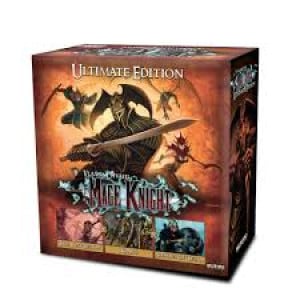 You're viewing: Mage Knight Ultimate Edition £122.45
Add to basket
We use cookies on our website to give you the most relevant experience by remembering your preferences and repeat visits. By clicking “Accept”, you consent to the use of ALL the cookies.
Cookie settingsACCEPT
Manage consent