Show your allegiance to the Sons of Dorn with this set of upgrades and transfers for your Primaris Space Marines. It can be used to upgrade a variety of squads with iconography and details specific to the Imperial Fists and Crimson Fists Chapters. 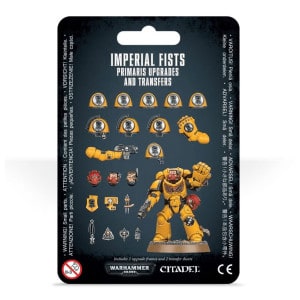 You're viewing: Imperial Fists Primaris Upgrades and Transfers £11.91
Add to basket
We use cookies on our website to give you the most relevant experience by remembering your preferences and repeat visits. By clicking “Accept”, you consent to the use of ALL the cookies.
Cookie settingsACCEPT
Manage consent